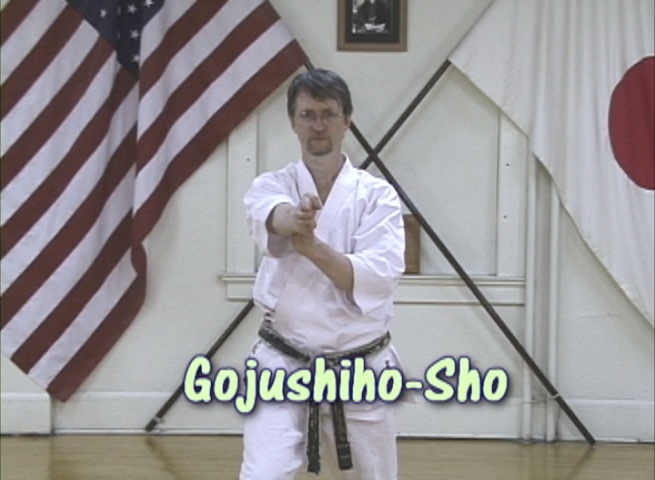 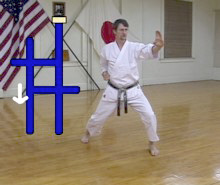 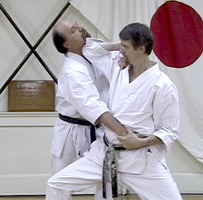 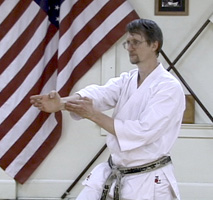 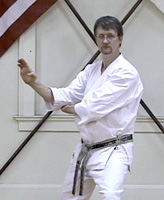 The kata Gojushiho-sho is one of the longest katas in Shotokan karate. It features many changes of direction, an unusual form of spearhand and a useful combination against an attack from the rear. The kata uses small changes of the wrist that can be used to control an opponent without the need for a large space for movement. Gojushiho-Sho is interesting in both the seeming simplicity of the movements, while at the same time presenting a depth of meaning for self-defense.

The kata is demonstrated by Sensei Joel Ertl.

Introduction and Embusen:
The kata is shown slowly with a general description of the main points. The kata is then demonstrated with the help of animated computer graphics so you can learn the “embusen” (performance line).

Next the kata is demonstrated close up with verbal explanations to allow the student to follow along.

Detailed Breakdown:
The most difficult aspects of each kata are then demonstrated from a variety of angles, along with an explanation of the fine points of the movements.